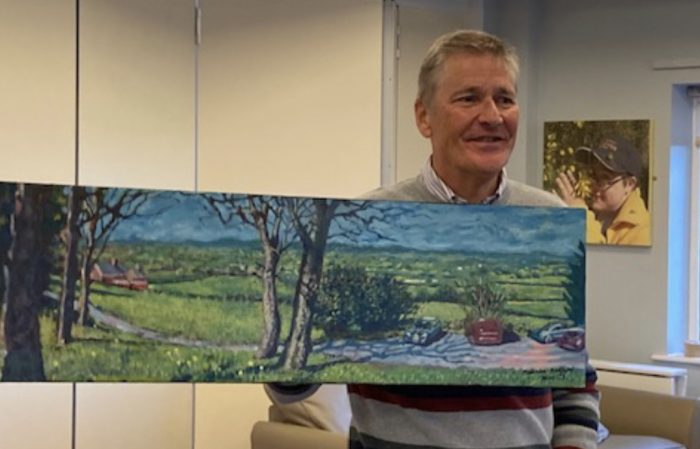 Saturday 6 November 2021 was a joyous day for members of SGCA when they met for their Annual General Meeting in the community hall at Stanley Grange for the first time in quite some time. As well as meeting together once more in person, there was added pleasure as we welcomed back Chair, Karen Riding after a considerable absence for medical treatment. To welcome her, past trustee Caroline Spencer-Palmer presented her with a floral gift from everyone. Another reason for pleasure was an opportunity to thank retiring trustee David Wilks who had been acting chair since the pandemic began, conducting meetings via zoom, and dealing with many things at long distance. David has been involved at Stanley Grange since his late brother Bernard came to live here many years ago. He was deeply involved in the moves to purchase and save the community, and has been a continuous source of encouragement in his determination to question the way in which such communities have been systematically closed. As long ago as 2007 he led a lobby of family members to parliament when we knew that the future of Stanley Grange was threatened. Members’ thanks was marked by the giving of gifts, including a wonderful painting by artist Malcolm Redford, depicting the view from the window of the community hall. 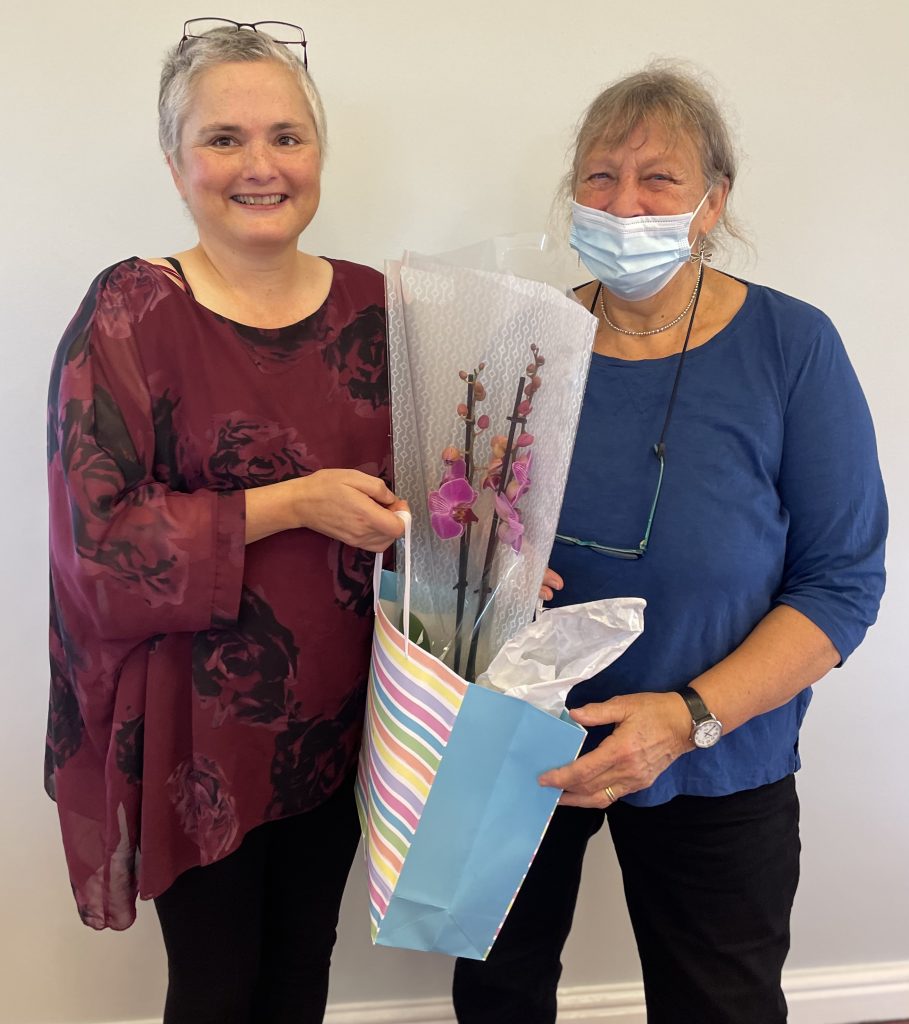 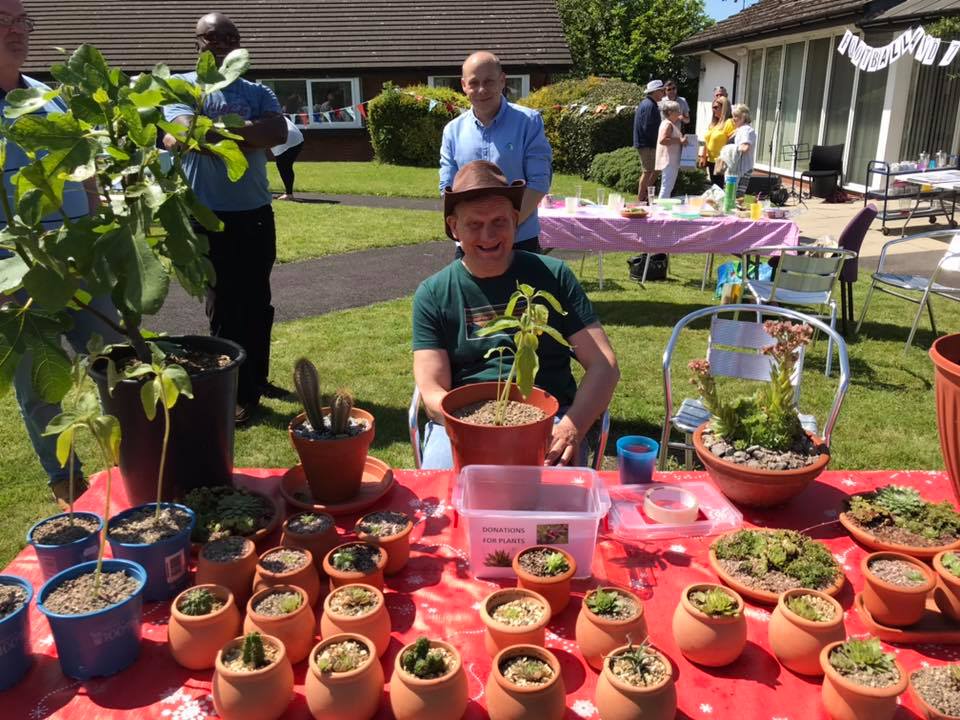 Just £5 a month buys the seeds and seedlings needed to support one resident get started in our Plant Centre programme. Click here to learn how you can support Stanley Grange on a regular basis